Western history about the white man and Indians has never been a pleasant read. The white man was greedy and felt the Indians were below him in importance. They were herded up and put on reservations for the most part. Many men, women,       children, and the elderly died during the journey, including anyone that fought against it. No one should’ve been surprised when they fought back.

The characters in this story come to life, and you care about the white families as well as the Indians. Both sides had courage and were willing to fight for their family and land. The white man didn’t give the Indian people credit for being smart, and that was a big mistake. While the white man thought superior weapons and force would win the fight, the Indians used stealth and planning to fight back. This            resulted in more guns and horses for the Indians.

All in all, It Was Fight Or Die is an educational read done in a fictional form, and it makes reading history much more pleasant. The historical facts and discussion of their motivations are right on. Life was hard in homesteading days. Life was even harder for the displaced Indians. We have much to learn from history and I hope this story will help you find out about it. 5 Stars — Great! You would definitely buy this book, and definitely recommend it to your friends. You really loved the characters, the plot, the writing, and editing was superb.

5 Star Reader’s Favorite Book Review, February 11, 2018. It Was Fight or Die by         Raymond Cook is a gem for fans of Westerns, a plot-driven story with intense action and a lot of drama. The author takes readers to the town of Marble, Colorado, in the late 1800s and explores, in a skillful manner, the conflicts that prevailed at the time, conflicts between the settlers and the Indians that inhabited the area before them. It is a period when more and more settlers are flooding into Marble, Colorado, and this means a lot of danger for the hunting Indians as they are forced to move away and clear the ground for new settlers. The Indians knew they had to rise up or lose everything they have lived for, and to succeed against the settlers, they’d have to unite and fight as one man — Shoshone, Sioux, Paiute, and Ute. But do they have what it takes to mount a successful campaign in defense of what they love?

Raymond Cook has created a novel that brilliantly captures the animosity between the Indians and the government, and readers will love the way he presents the soul of the Native American. The writing is beautiful and readers are fed with vivid images of the setting. The historical elements of the setting seem to have been well-              researched and woven into the story with great mastery. It Was Fight Or Die is a great story, well-plotted, beautifully paced, a story that features strong and          memorable characters. If you enjoy reading about the clash of cultures, then here is a great story for you. Click On The Book Cover To Read The History Of Native Americans In Colorado During The 1890’s.

“It Was Fight Or Die!” © 2014 by Raymond Cook is a 207-page story about the     conflict between settlers coming to the town of Marble, Colorado and the bands of Indians that inhabited the Colorado territory in the 1890’s. The Apache, Arapaho,    Comanche, Crow, Kiowa, Paiute, Pueblo, Shoshone, Sioux and the Ute tribes relied on vast hunting and fishing grounds not only for food but also clothing. Many of the Indian tribes were relocated to reservations by the U. S. Calvary to clear the way for settlers.

But the U. S. Government often times failed to provide the necessary cattle to help feed the Indians according to the treaty, for giving up their hunting grounds. Worse, inscrutable Indian agents many times deliberately gave blankets to the Indians which contained smallpox or cholera on them. Often times the reservations the        Indians had to call home lacked suitable water, and the soil was poor for growing food. If the Indians tried to flee, they were either killed trying to escape or were     hunted down and killed.

The Homestead Act of 1862 however allotted each married couple 160 acres of land to homestead on in the Colorado Territory. Some families traveled 640 miles by     covered wagon to reach Colorado to stake their claim. For those who didn’t want to be a rancher, they could prospect for gold or silver. Cattle ranchers needed ranch hands and the Yule Quarry outside of Marble needed workers to work at the quarry too. By 1899, nearly 400 people lived in or around Marble. The town had its own newspaper and a dentist too.

The railroad would soon reach Marble, and that would open the area up to even more settlers. But the families calling Marble their home needed food, lots of food. Numbers of Elk, buffalo, deer, and antelope dwindled. For the Shoshone, Sioux, and Paiute people, with game getting scarce, they have no choice but to join forces and make a stand or die. This is their story.

If you enjoyed reading my Native American eBook, would you consider writing an Amazon review? Reviews are important to readers who are considering     reading an author’s book.

Kindle Customer on January 16, 2016 by Samuel Mejorado Though this author’s book, It was fight or die isn’t available in printed form, I would have loved the story in DVD format. It was a great, realistic portrayal of the conflict between native americans and white settlers during that era of history. It’s certainly not a part of history we white people are proud of. I found it accurate and a true reflection of how the native american indian, every man, woman and child would have felt being forced off their lands, held prisoner on reservations that gave them little hope as they starved.

I enjoyed the long comment made by LAS Reviewer too. His or her comment gives us much to reflect on historically. Young people could use this story for example as a ‘extra credit’ project as to what they felt about what they have read. Many tribes are not recognized even now by our government. Yet their people, every man, woman and child lives, breathes and exists as real as you and I. How sad!

All eBooks are delivered by Amazon by instant digital download to your e-mail box. Be sure to save your download. 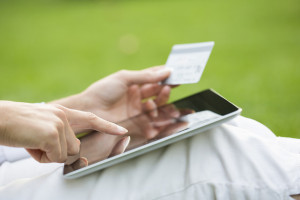 Click on the Amazon logo below to order this eBook on Amazon!

I was born in Shelton, Washington and grew up as a child on an Indian reservation with my mother, brother and sister. In 1972, at the age of 18 I enlisted in the U. S. Marines. But in 1974, on the way back to my base, a drunk driver hit the car I was riding in head-on going 80. That accident changed my life forever. In 1983 I enrolled in college and by happenchance I took a creative writing class as an elective. At that time I had absolutely no interest in writing.

Thanks to all of you who buy, read and comment on my Native American eBook.

I invite you to visit my primary author website where all 29 of my western frontier eBooks are: